08 MAY 2013 - BANGKOK, THAILAND: Red tee shirts for sale with photos of Thai Prime Minister Yingluck Shinawatra and former PM Thaksin Shinawatra at a Red Shirt protest. The Shinawatras are supported by the Red Shirts. A splinter group of the Red Shirts, Thai supporters of exiled Prime Minister Thaksin Shinawatra, have besieged the Thai Constitutional Court for the last three weeks calling for the resignation of the justices, who have indicated they might oppose a proposed constitutional reform which would grant amnesty to people convicted of political crimes since 2007. This would probably include Thaksin. The justices have refused to step down. Wednesday the protesters moved their protest to the Thai Parliament, which is largely powerless to intervene. PHOTO BY JACK KURTZ 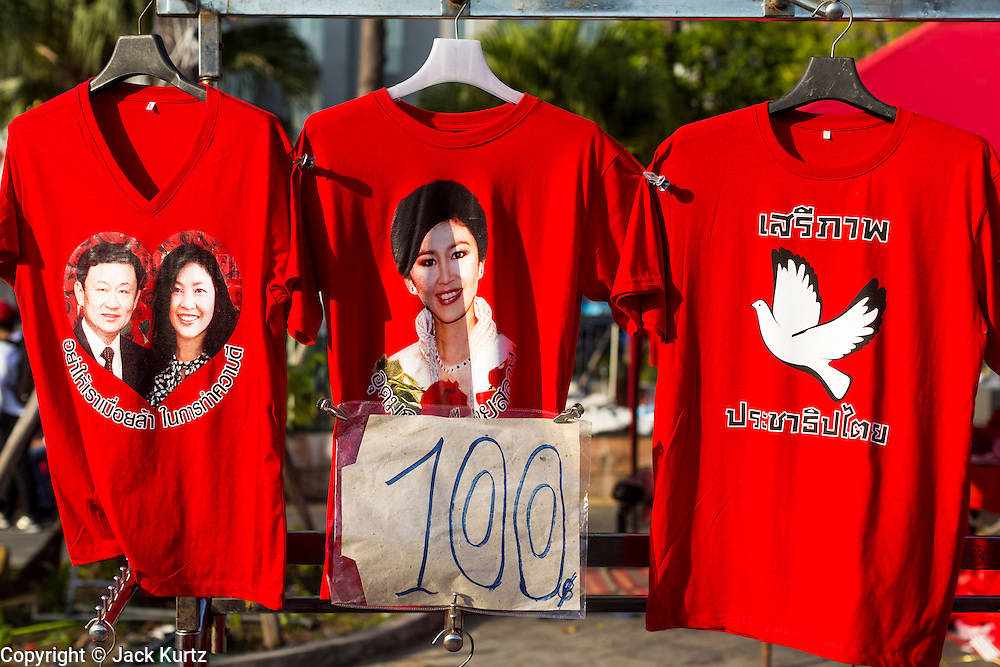