30 JUNE 2012 - PRESCOTT, AZ: Members of the Bill Williams Mountain Men ride in the Prescott Frontier Days Rodeo Parade. The Bill Williams Mountain Men is a group of western reenactors named after Bill Williams, credited with being the founder of the northern Arizona city of Williams. The parade is marking its 125th year. It is one of the largest 4th of July Parades in Arizona. Prescott, about 100 miles north of Phoenix, was the first territorial capital of Arizona. PHOTO BY JACK KURTZ 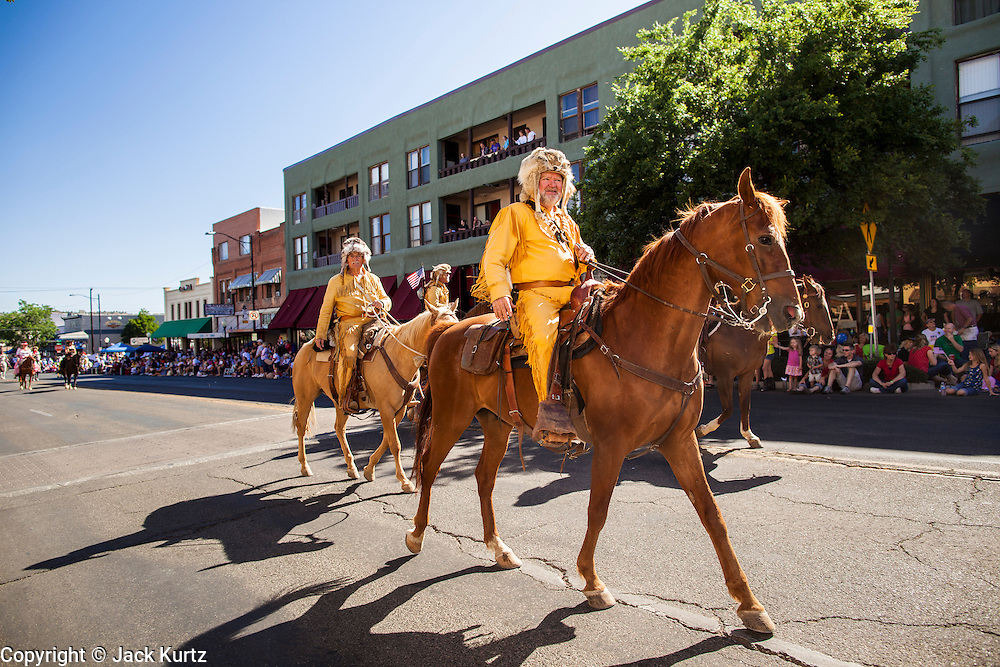