18 FEBRUARY 2016 - BANGKOK, THAILAND: Men and women pray for love, holding nine red roses and sticks of incense, at the Trimurti Shrine in Bangkok. Every Thursday night, starting just after sunset and peaking at 21.30, hundreds of Bangkok single people, or couples seeking guidance and validation, come to the Trimurti Shrine at the northeast corner of Central World, a large Bangkok shopping mall, to pray to Lord Trimurti, who represents the trinity of Hindu gods - Brahma, Vishnu and Shiva. Worshippers normally bring an offering of red flowers, fruits, one red candle and nine incense sticks. It's believed that Lord Trimurti descends from the heavens at 21.30 on Thursday to listen to people's prayers. Although most Thais are Buddhists, several Hindu traditions have been incorporated into modern Thai Buddhism, including reverance for Trimurti. PHOTO BY JACK KURTZ 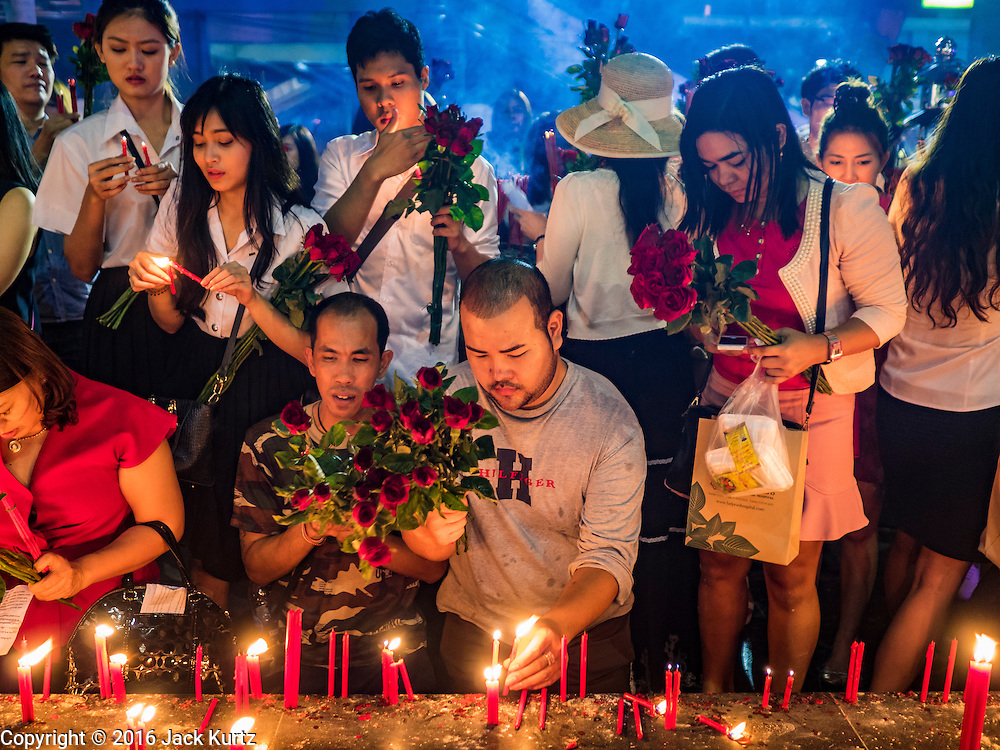