28 OCTOBER 2012 - SAI BURI, NARATHIWAT, THAILAND: A Muslim on deserted Wasukrit beach in Sai Buri, Thailand. Sai Buri, in Narathiwat province, Thailand, has been the scene of several bloody attacks in Thailand's long running Muslin insurgency. In September, 2012, a large car bomb was detonated in front of a Buddhist owned business in the village killing more than 9. In October, 2012, in a possible revenge attack, hand grenades were rolled into a crowd of Muslim diners, injuring nine. More than 5,000 people have been killed and over 9,000 hurt in more than 11,000 incidents, or about 3.5 a day, in Thailand's three southernmost provinces and four districts of Songkhla since the insurgent violence erupted in January 2004, according to Deep South Watch, an independent research organization that monitors violence in Thailand's deep south region that borders Malaysia. PHOTO BY JACK KURTZ 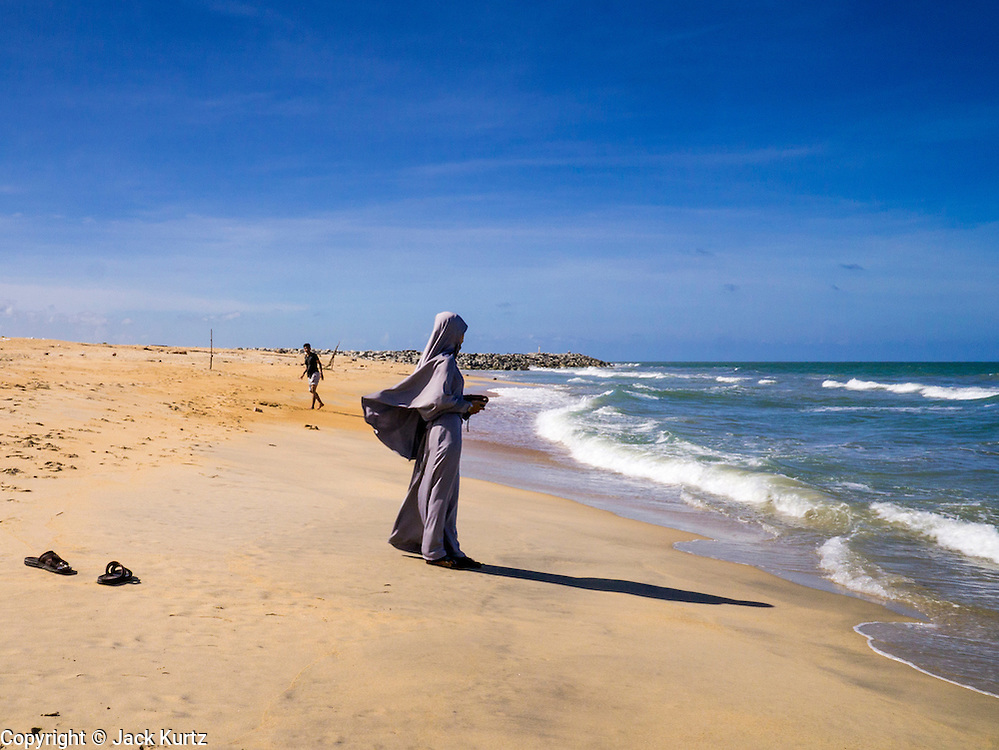