09 NOVEMBER 2013 - PHOENIX, AZ: US Representative DAVID SCHWEIKERT (R-AZ), right, poses for photos with high school students from his district in front of his district office in Scottsdale. Congressman Schweikert represents Arizona's 6th Congressional District. Most of the district is in Scottsdale, a wealthy suburb of Phoenix and one of the wealthiest cities in the United States. Schweikert is a staunch conservative and popular with the Tea Party. He supported the government shutdown in October. PHOTO BY JACK KURTZ 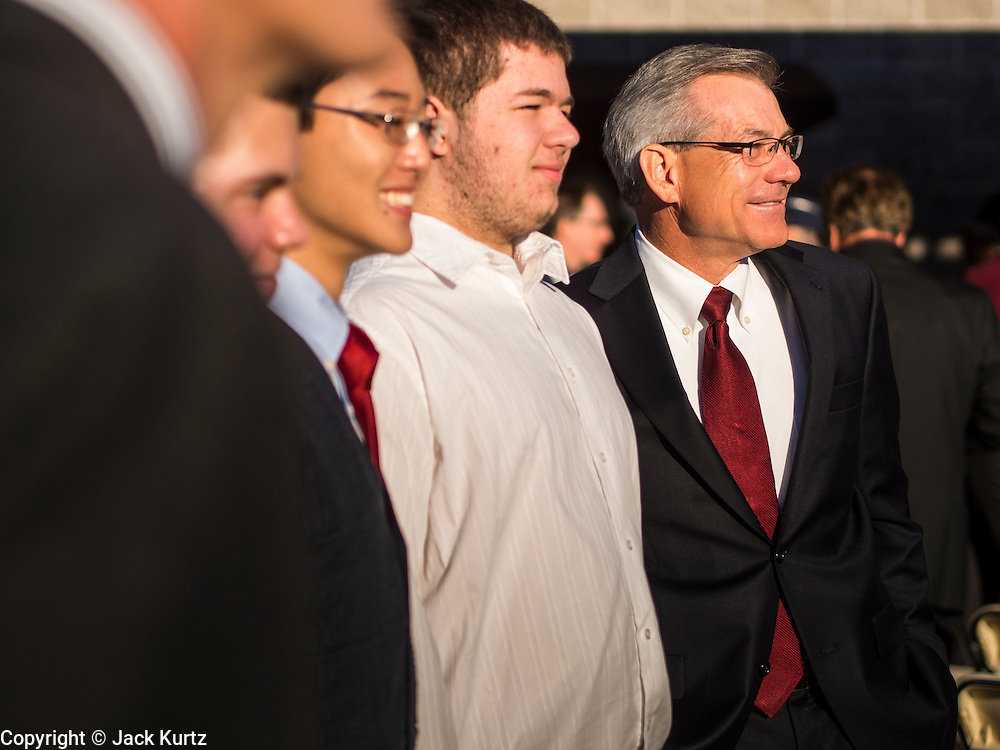