08 AUGUST 2014 - BANGKOK, THAILAND: Newly elected Deputy President of the National Legislative Assembly (NLA) SURACHAI LIENGBOONLERTCHAI stands to thank members of the NLA after he was unanimously elected Friday. The Thai National Legislative Assembly (NLA) met Friday at the Parlimanet Building in Bangkok to elect legislative leadership. The NLA was appointed by the Thai junta, formally called the National Council for Peace and Order (NCPO), and is supposed to guide Thailand back to civilian rule after a military coup overthrew the elected government in May. There are 197 members of the NLA. Membership is tilted towards military personnel. From the Royal Thai Army 40 members are Generals, 21 are Lt. Generals and 7 are Major Generals. From the Royal Thai Air Force 17 are Air Chief Marshals and 2 are Air Marshals. From the Royal Thai Navy, 14 are Admirals and 5 are Vice Admirals. There are also 6 Police Generals and 3 Police Lt. Generals. There are 187 men in the NLA and only 10 women. PHOTO BY JACK KURTZ 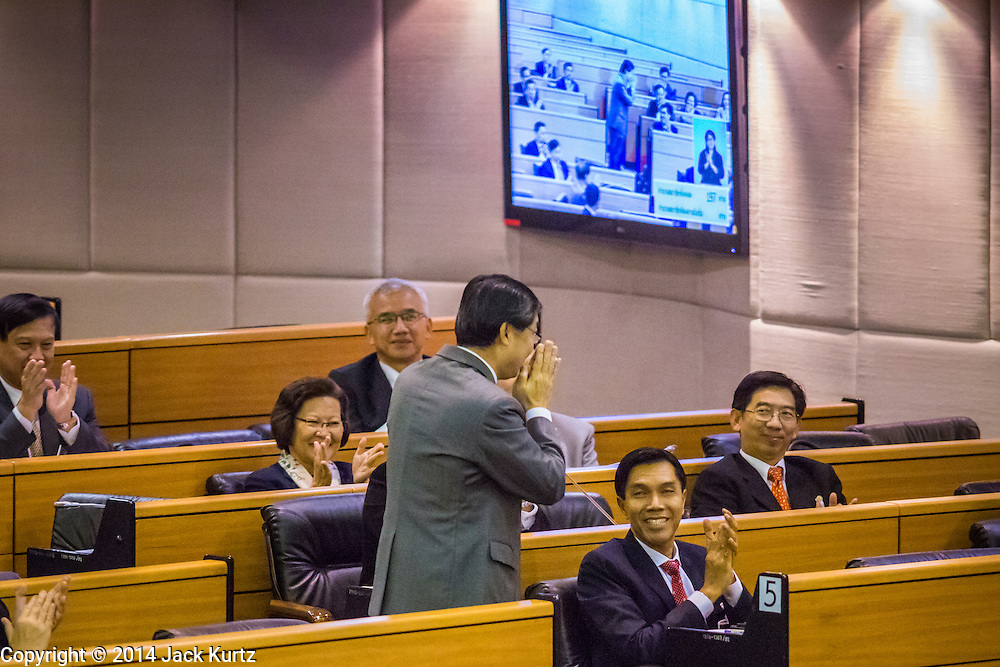