17 MARCH 2017 - KATHMANDU, NEPAL: A Buddhist monk adjusts his robes in the prayer hall of a monastery before morning prayers at Boudhanath Stupa in Kathmandu. There are several Tibetan monasteries around the stupa, which is the holiest site in Nepali Buddhism. It is also the center of the Tibetan exile community in Kathmandu. The Stupa was badly damaged in the 2015 earthquake but was one of the first buildings renovated. PHOTO BY JACK KURTZ 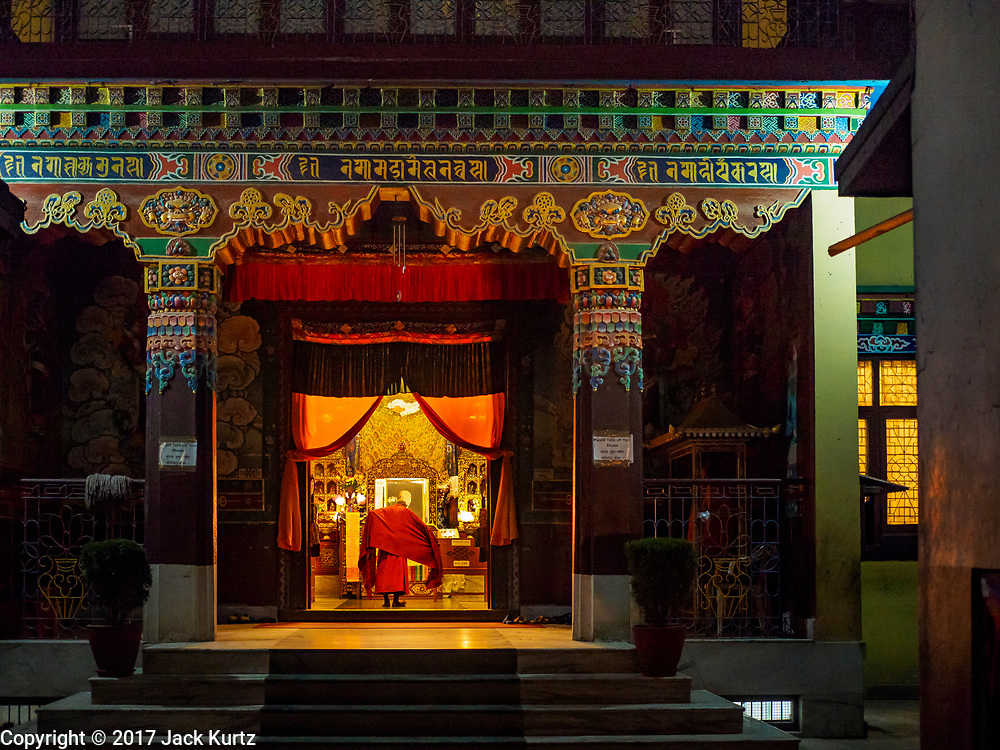