10 APRIL 2015 - BANGKOK, THAILAND: A Thai Muslim teenager recites the call to prayer at Masjid Ton Son in Bangkok before Friday prayers. (Masjid is the Thai word for Mosque.) A Pew Research Center study recently released identified Islam as the fastest growing religion in the world. Masjid Ton Son was the first mosque in Bangkok, founded in 1688 during the reign of King Narai, of the Ayutthaya era. Muslims are about 5 percent of Thailand, but make up a bigger proportion of Bangkok. Thailand's deep south provinces are Muslim majority. PHOTO BY JACK KURTZ 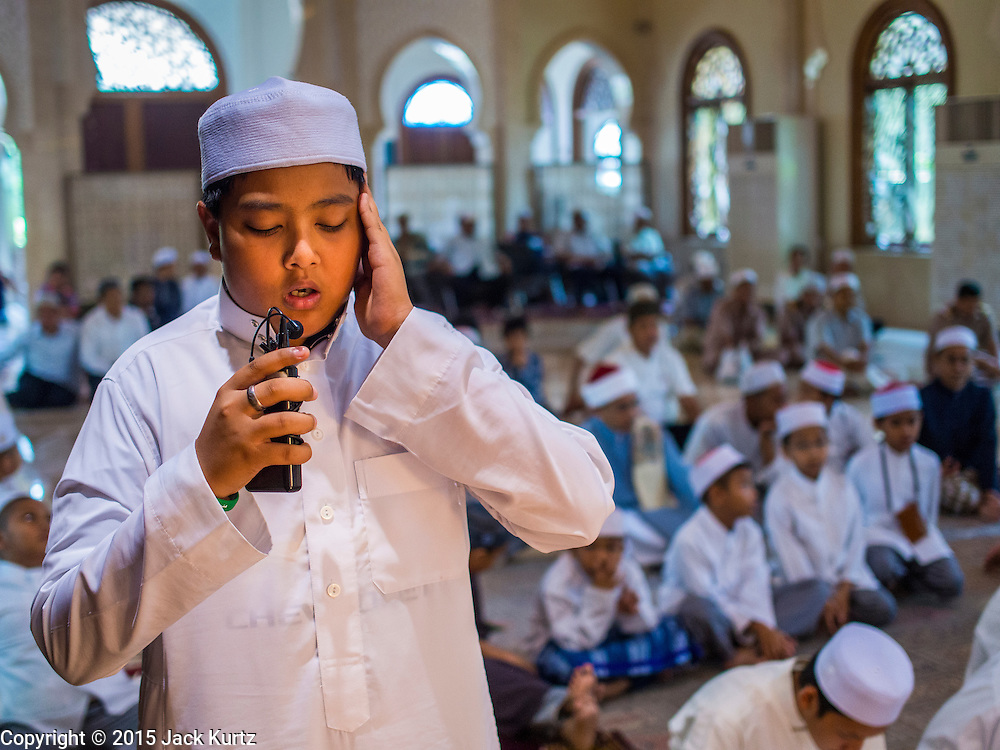