25 SEPTEMBER 2016 - BANGKOK, THAILAND: Residents of the Pom Mahakan community take pictures of Likay performers after a performance in Pom Mahakan Fort. The performance was to support residents of the old fort, who are fighting eviction orders by the city of Bangkok. City officials have made repeated attempts to evict people since Sept 3, 2016, but about 44 families are still living in the community. Likay is a form of popular folk theatre from Thailand. It uses a combination of extravagant costumes, barely equipped stages and vague storylines. The performances depend mainly on the actors’ skills of improvisation and the audiences’ imagination. There used to be several Likay troupes based in the old fort, but they left the community more than 50 years ago. The troupe that performed Sunday night was an amateur troupe comprised of college students and office workers. PHOTO BY JACK KURTZ 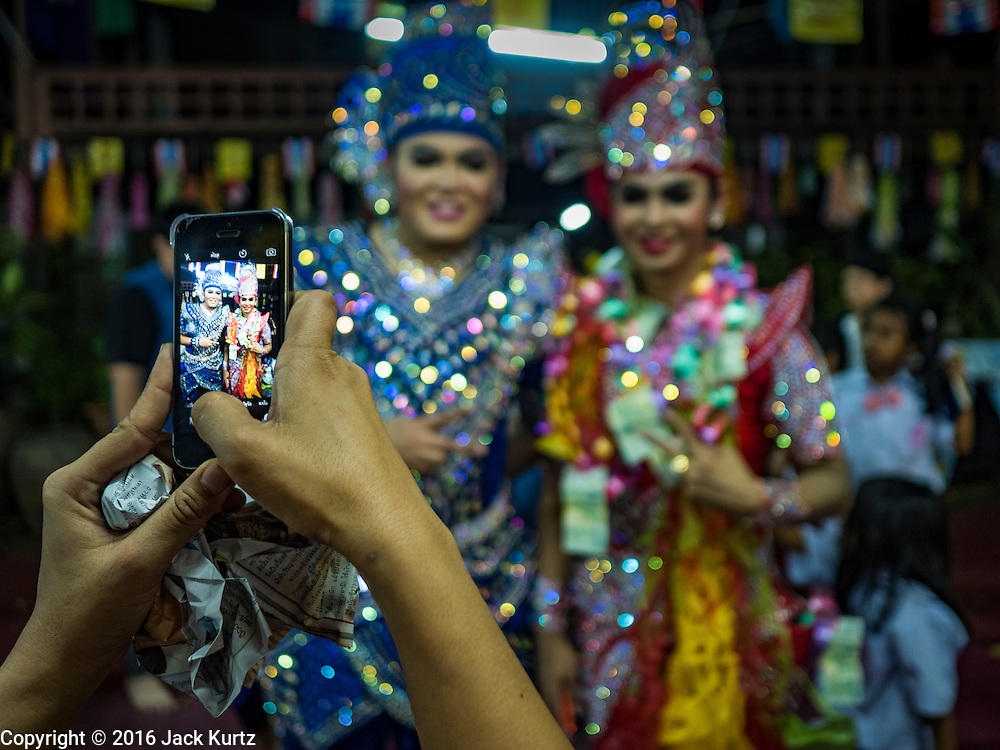