30 JANUARY 2016 - NONTHABURI, NONTHABURI, THAILAND: A musician performs while other members of the cast put on their makeup during a "likay" show at Wat Bua Khwan in Nonthaburi, north of Bangkok. Likay is a form of popular folk theatre that includes exposition, singing and dancing in Thailand. It uses a combination of extravagant costumes and minimally equipped stages. Intentionally vague storylines means performances rely on actors' skills of improvisation. Like better the known Chinese Opera, which it resembles, Likay is performed mostly at temple fairs and privately sponsored events, especially in rural areas. Likay operas are televised and there is a market for bootleg likay videos and live performance of likay is becoming more rare. PHOTO BY JACK KURTZ 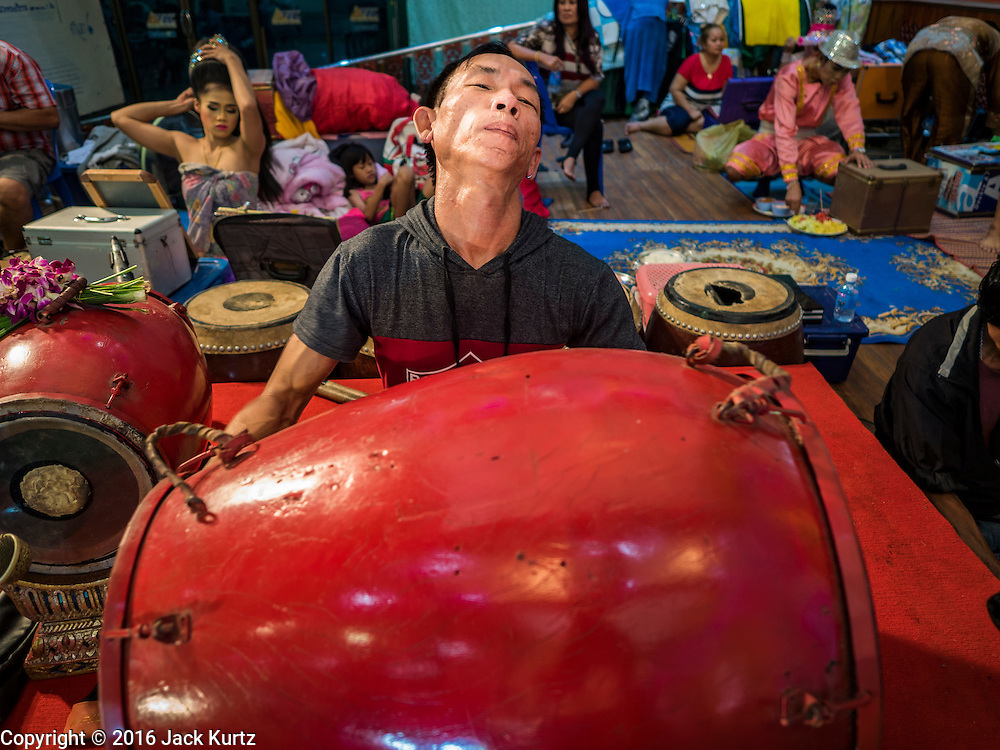