Sept. 28, 2009 -- TANJONG DATO, THAILAND: The Dato Mosque in the Muslim village of Tanjong Dato, in the province of Pattani, Thailand. The mosque, originally built in the 1400's at the time of the Pattani Kingdom, Thai control of the province, is on Thailand's historic register. Everybody in the village is Muslim and they say they have no problems, but the roads around the village leading to the provincial capital of Pattani are too dangerous for them to use once it gets dark. Thailand's three southern most provinces; Yala, Pattani and Narathiwat are often called "restive" and a decades long Muslim insurgency has gained traction recently. Nearly 4,000 people have been killed since 2004. The three southern provinces are under emergency control and there are more than 60,000 Thai military, police and paramilitary militia forces trying to keep the peace battling insurgents who favor car bombs and assassination. Photo by Jack Kurtz / ZUMA Press 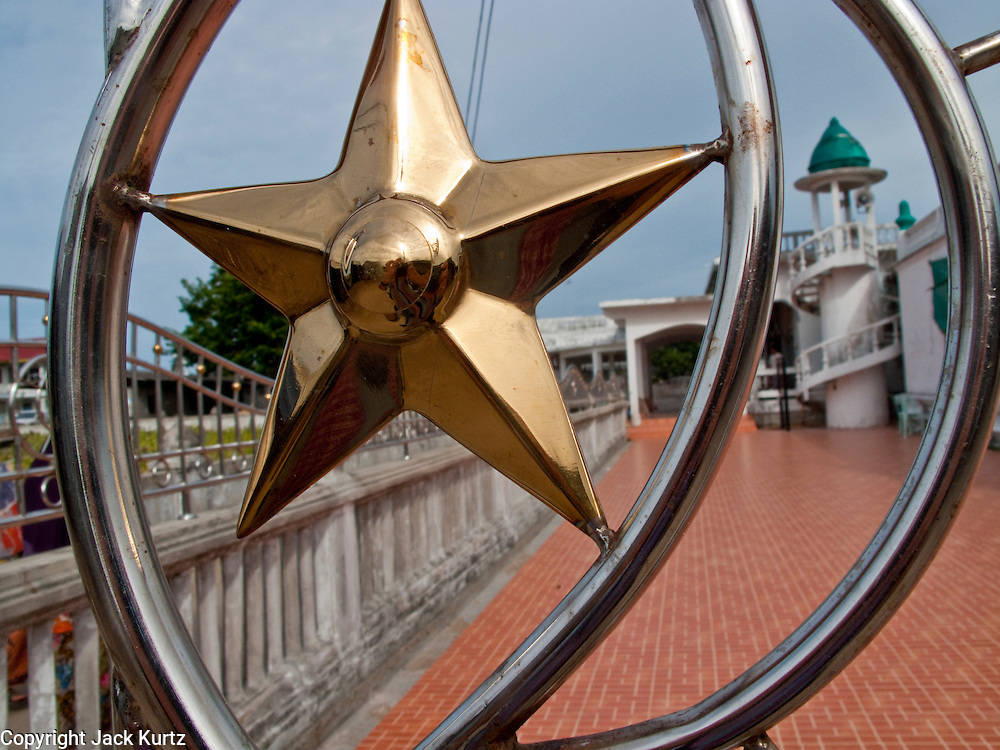