13 JANUARY 2013 - BANGKOK, THAILAND: A man with a "sak yant" or holy tiger tatoo on his chest in front of his home in the Bang Luang neighborhood of Bangkok. He believes the tattoo enables him to channel the power of the tiger. The Bang Luang neighborhood lines Khlong (Canal) Bang Luang in the Thonburi section of Bangkok on the west side of Chao Phraya River. It was established in the late 18th Century by King Taksin the Great after the Burmese sacked the Siamese capital of Ayutthaya. The neighborhood, like most of Thonburi, is relatively undeveloped and still criss crossed by the canals which once made Bangkok famous. It's now a popular day trip from central Bangkok and offers a glimpse into what the city used to be like. PHOTO BY JACK KURTZ 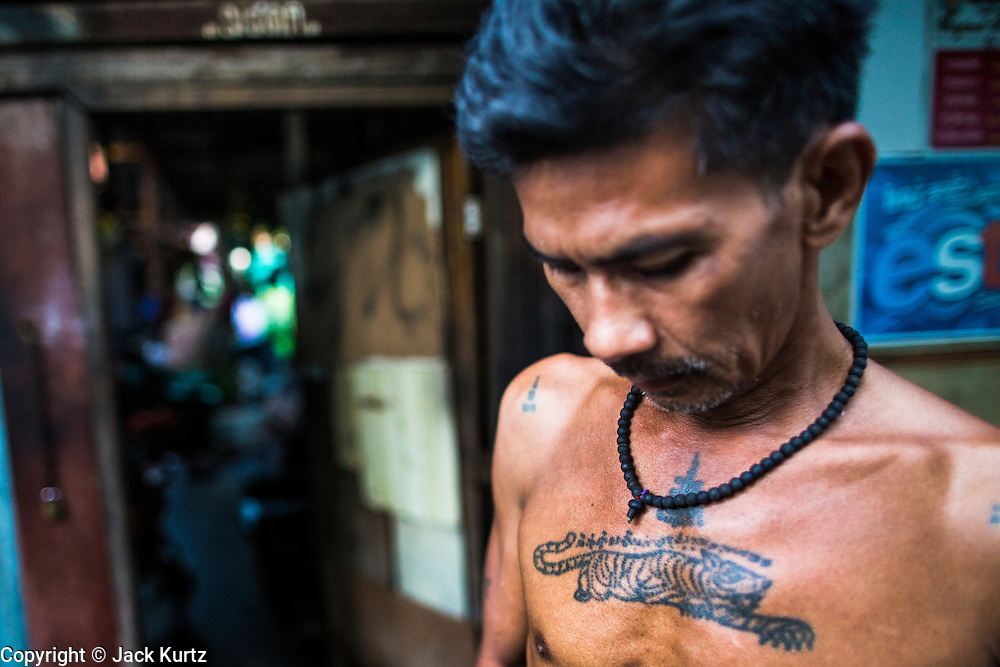