04 NOVEMBER 2012 - KAO SENG, SONGKHLA, THAILAND: Fisherman cast their nets from the surf in Kao Seng. The men had to fish from shore because the waves were too high for their small boats. Kao Seng is a traditional Muslim fishing village on the Gulf of Siam near the town of Songkhla, in the province of Songkhla. In general, their boats go about 4AM and come back in about 9AM. Sometimes the small boats are kept in boat because of heavy seas or bad storms. PHOTO BY JACK KURTZ 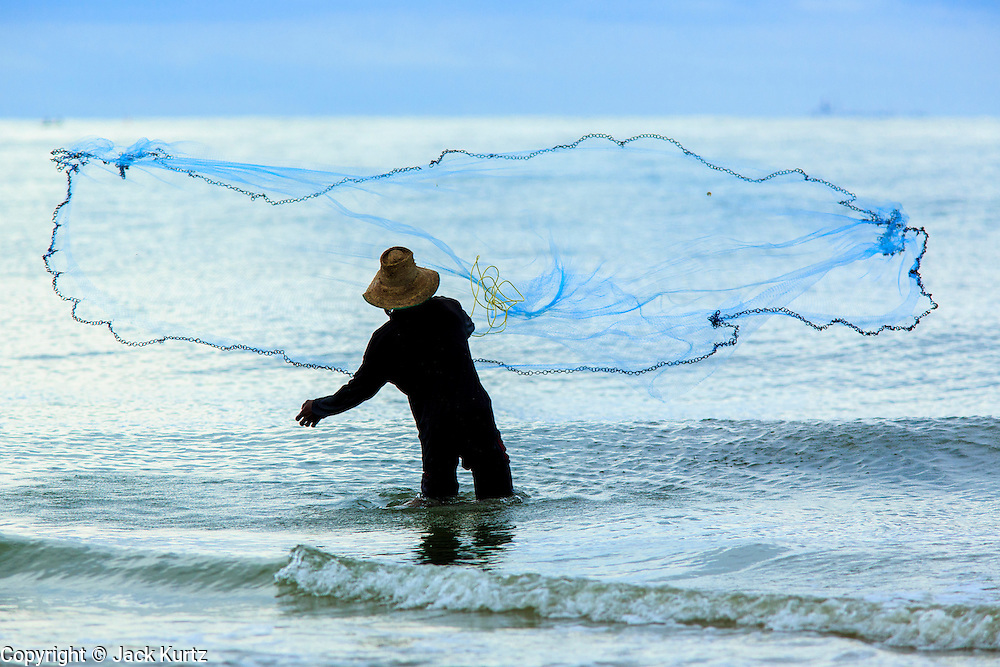