24 JANUARY 2020 - POLK CITY, IOWA: LUCY CALDWELL and JOE WALSH walk through a snowstorm into a campaign event in Polk City, northwest of Des Moines, Caldwell is Walsh's campaign manager. Walsh, a conservative radio personality, former Republican congressman, and one time supporter of Donald Trump is now challenging Trump for the Republican nomination for the US Presidency. During his appearance in Polk City, Walsh said Trump is unfit to be the President because he is a "cheater," a climate change denier, and a "threat" to the United States. PHOTO BY JACK KURTZ 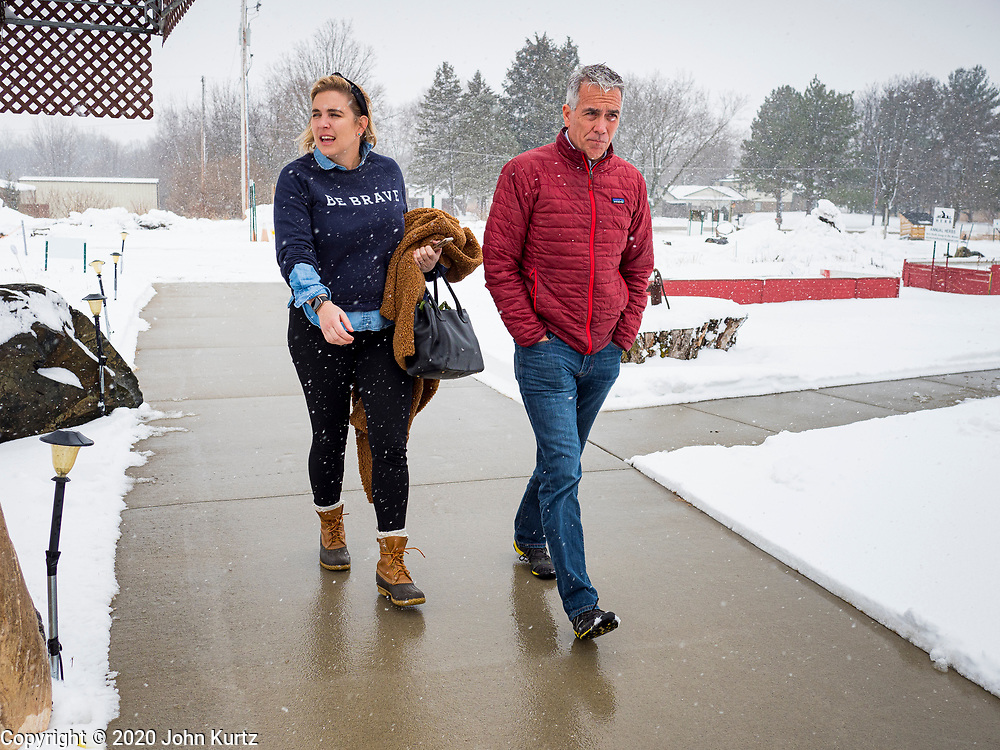