22 NOVEMBER 2019 - DES MOINES, IOWA: US Marine Corps First Sgt. MICHAEL SODERGREN holds a folded United States flag during the reinterment service of US Marine Corps Reserve Private Channing Whitaker in Glendale Cemetery. The flag was presented to Whitaker's family. Whitaker died in the Battle of Tarawa on Nov. 22, 1943. He was buried on Betio Island, in the Gilbert Islands, and his remains were recovered in March 2019. He was identified by a DNA match with surviving family members in Iowa. Whitaker was reintered in the Glendale Cemetery in Des Moines exactly 76 years after his death in World War Two. About 1,000 US Marines and sailers were killed in four days during the Battle of Tarawa. PHOTO BY JACK KURTZ 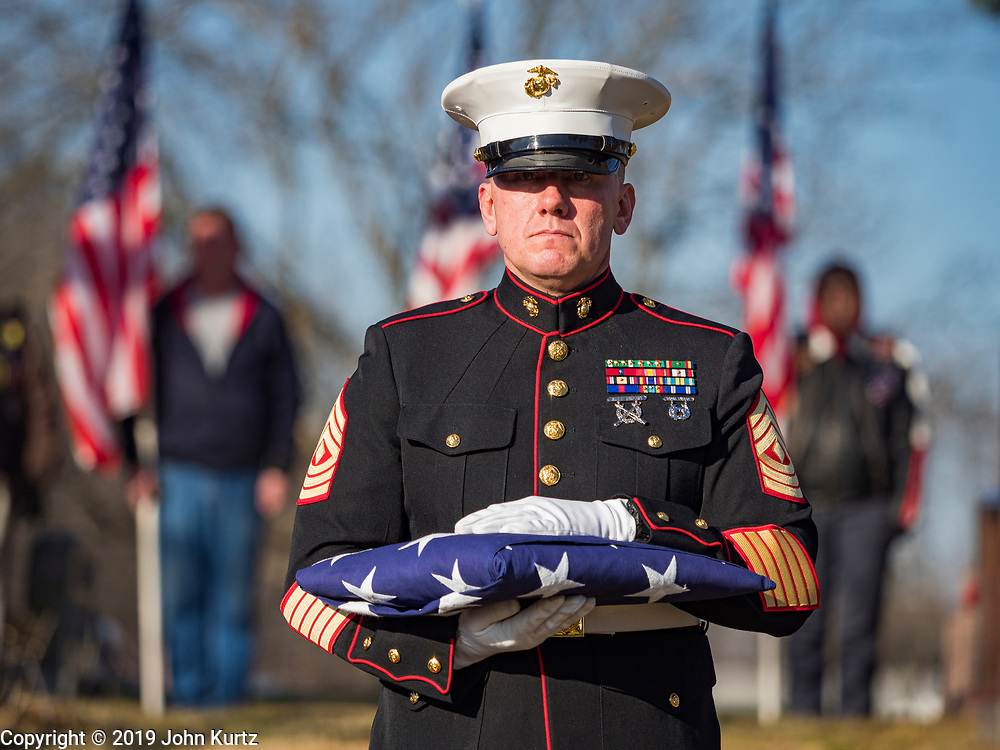