25 MARCH 2016 - BANGKOK, THAILAND: A Catholic nun leads parishioners in a candle light vigil during Good Friday observances at Santa Cruz Church in Bangkok. Santa Cruz was one of the first Catholic churches established in Bangkok. It was built in the late 1700s by Portuguese soldiers allied with King Taksin the Great in his battles against the Burmese who invaded Thailand (then Siam). There are about 300,000 Catholics in Thailand, in 10 dioceses with 436 parishes. Good Friday marks the day Jesus Christ was crucified by the Romans and is one of the most important days in Catholicism and Christianity. PHOTO BY JACK KURTZ 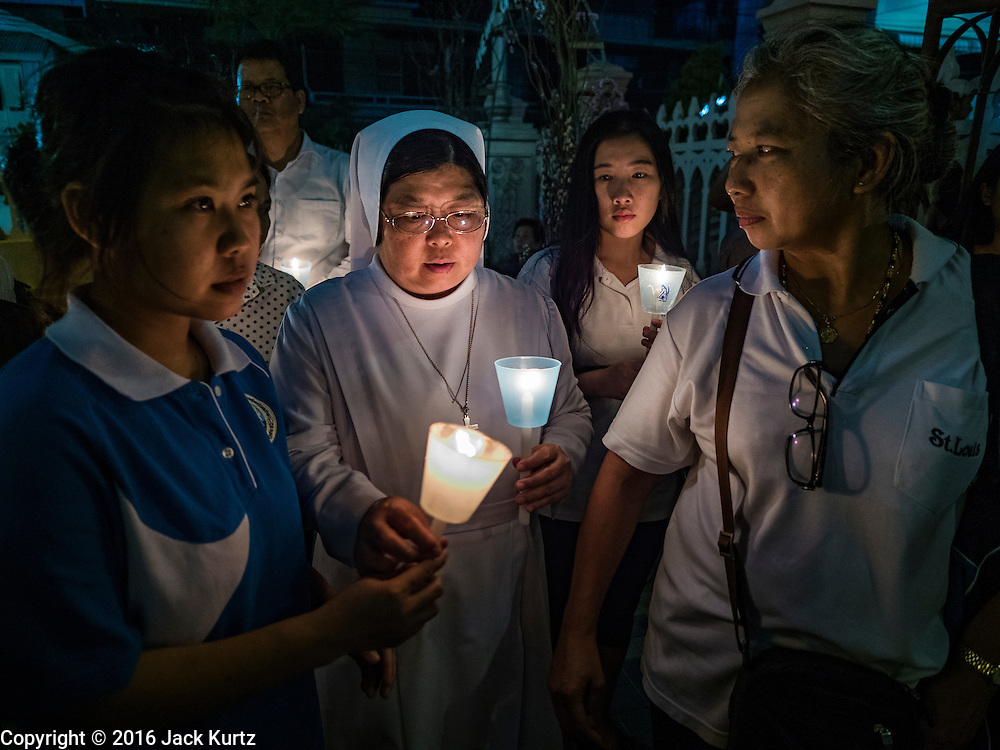