31 AUGUST 2014 - SARIKA, NAKHON NAYOK, THAILAND: A man whispers a prayer into the ear of a mouse during the Ganesh Festival at Shri Utthayan Ganesha Temple in Sarika, Nakhon Nayok. In Hindu traditions, the mouse carries the prayer to God. Ganesh Chaturthi, also known as Vinayaka Chaturthi, is a Hindu festival dedicated to Lord Ganesh. It is a 10-day festival marking the birthday of Ganesh, who is widely worshiped for his auspicious beginnings. Ganesh is the patron of arts and sciences, the deity of intellect and wisdom -- identified by his elephant head. The holiday is celebrated for 10 days, in 2014, most Hindu temples will submerge their Ganesh shrines and deities on September 7. Wat Utthaya Ganesh in Nakhon Nayok province, is a Buddhist temple that venerates Ganesh, who is popular with Thai Buddhists. The temple draws both Buddhists and Hindus and celebrates the Ganesh holiday a week ahead of most other places. PHOTO BY JACK KURTZ 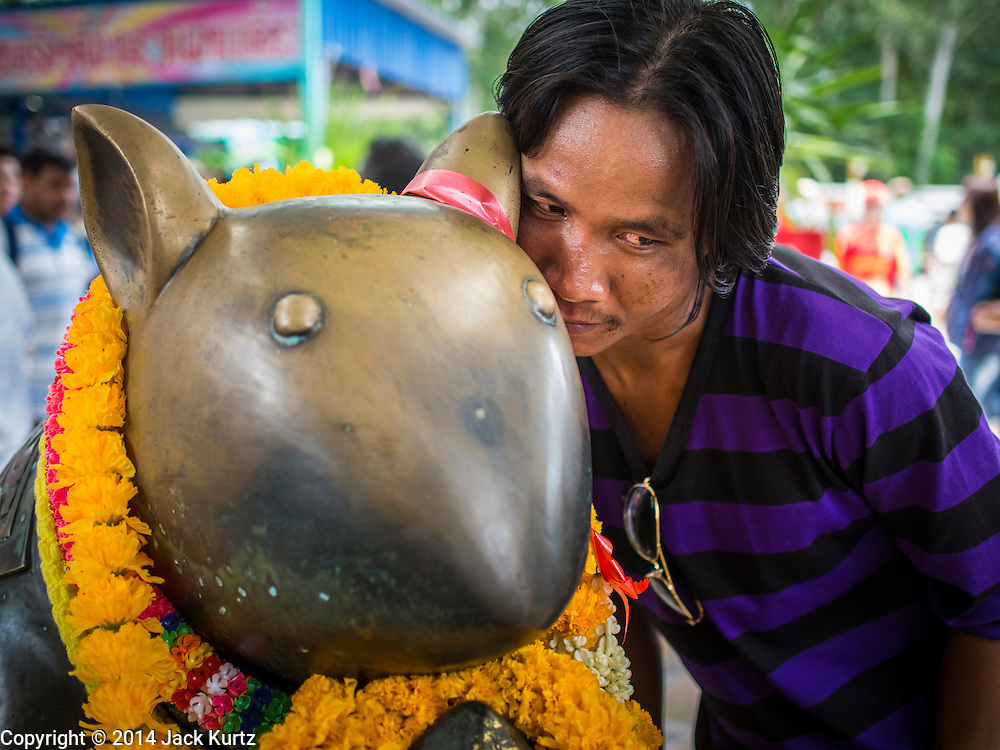