24 JANUARY 2014 - BANGKOK, THAILAND: Thai anti-government protestors listen to Suthep Thaugsuban at the Shutdown Bangkok Pathum Wan stage. Shutdown Bangkok has been going for 12 days with no resolution in sight. Suthep, the leader of the anti-government protests and the People's Democratic Reform Committee (PDRC), the umbrella organization of the protests, is still demanding the caretaker government of Prime Minister Yingluck Shinawatra resign, the PM says she won't resign and intends to go ahead with the election. PHOTO BY JACK KURTZ 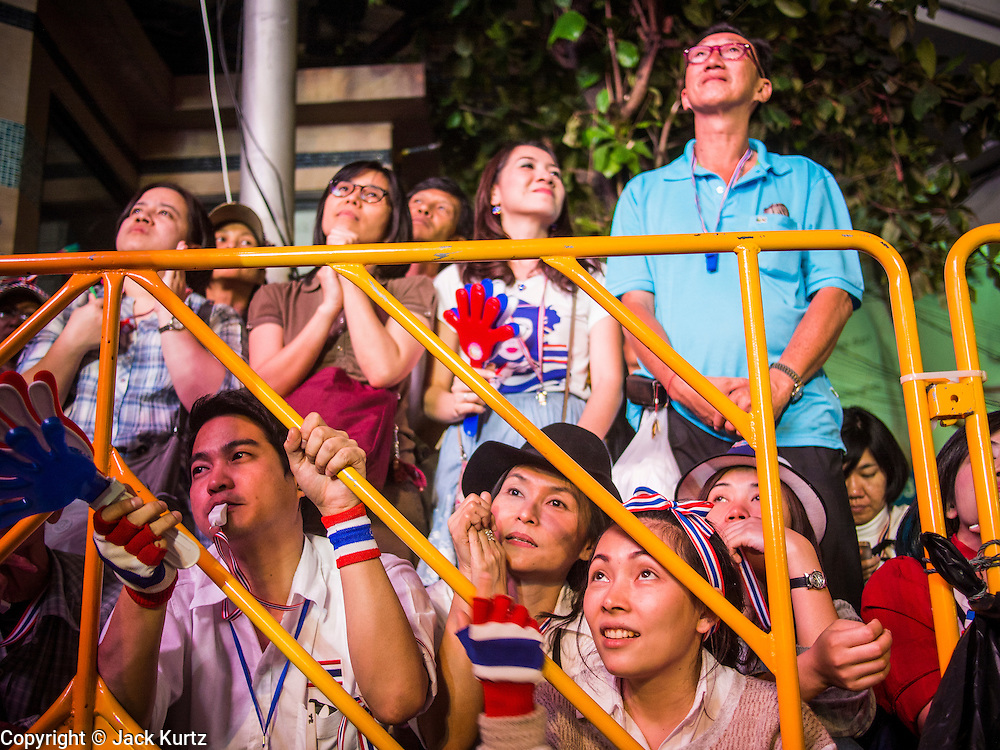