15 AUGUST 2012 - PHOENIX, AZ: A girl whose father is an undocumented immigrant in front of the Arizona State Capitol Wednesday. About 200 people, mostly DREAM Act (an acronym for Development, Relief, and Education for Alien Minors) students and their family members, marched on the Arizona State Capitol in Phoenix Wednesday after Arizona Governor Jan Brewer said the state of Arizona will not give DREAM Act students any state services, including driver's licenses or tuition breaks on state universities and schools. Brewer has been a critic of President Obama's plan to defer deportations of certain undocumented young people. PHOTO BY JACK KURTZ 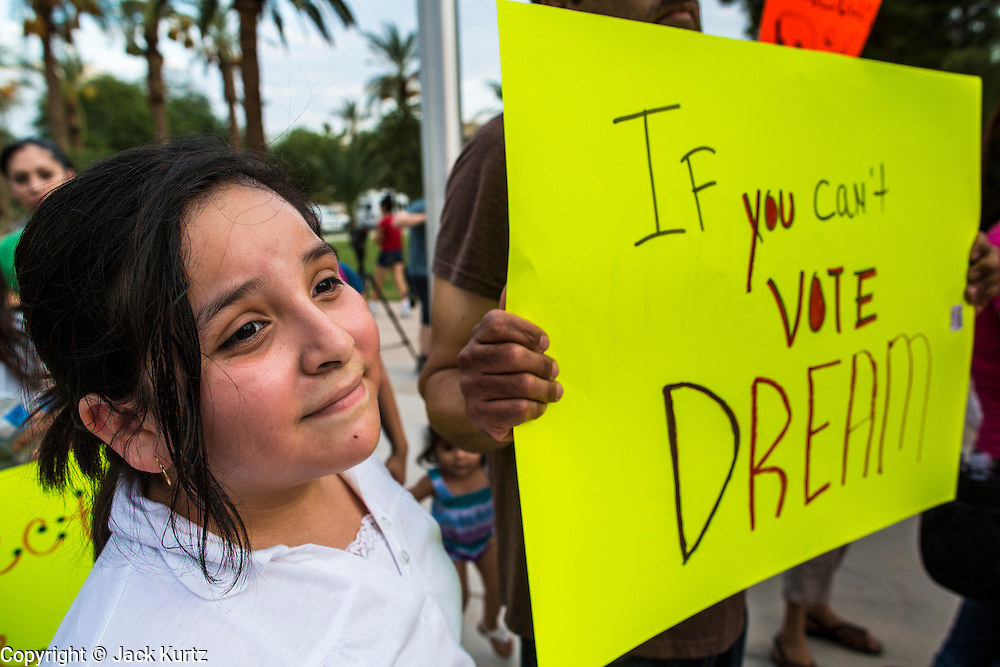