01 JUNE 2014 - BANGKOK, THAILAND: A man holds up a three fingered salute during a protest against the Thai military coup at Terminal 21 a popular shopping mall in Bangkok. The salute is from the movie "The Hunger Games" and symbolizes it admiration, thanks and good-bye to a loved one. In this case, the loved one is reportedly Thai democracy. The Thai army seized power in a coup that unseated a democratically elected government on May 22. Since then there have been sporadic protests against the coup. The protests Sunday were the largest in several days and seemed to be spontaneous "flash mobs" that appeared at shopping centers in Bangkok and then broke up when soldiers arrived. Protest against the coup is illegal and the junta has threatened to arrest anyone who protests the coup. There was a massive security operation in Bangkok Sunday that shut down several shopping areas to prevent the protests but protestors went to malls that had no military presence. PHOTO BY JACK KURTZ 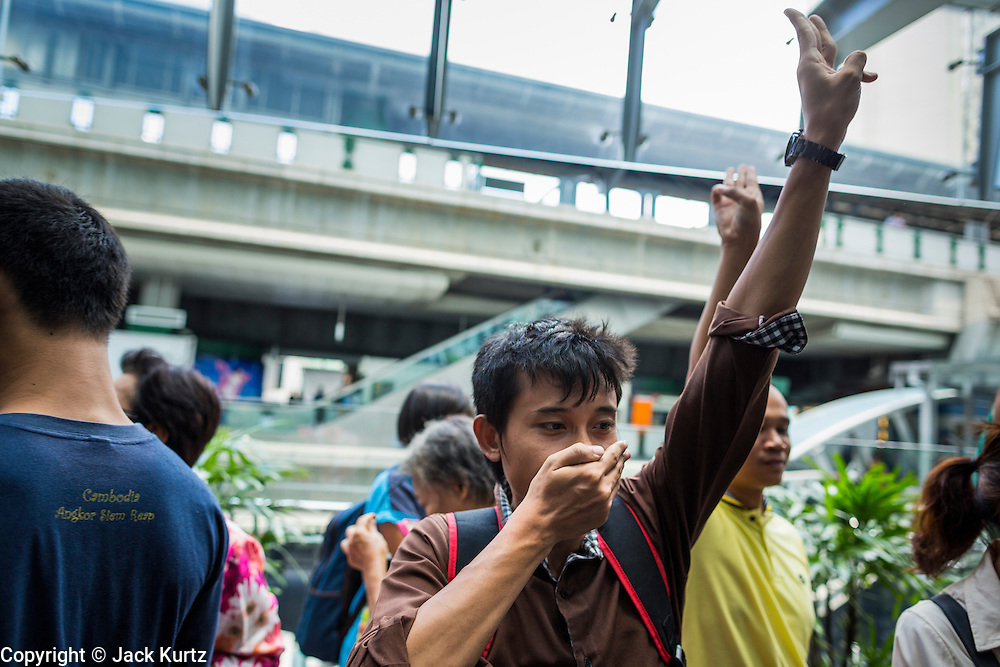