26 MAY 2014 - BANGKOK, THAILAND: Women dance with traffic cones on their heads on Phaya Thai Road during a protest against the coup in Thailand at Victory Monument during a pro-democracy rally in Bangkok. Traffic cones have emerged as a symbol of the pro-democracy movement because guards from the anti-government forces protesting in Bangkok beat and hospitalized several people who moved traffic cones the guards put out. About two thousand people protested against the coup in Bangkok. It was the third straight day of large pro-democracy rallies in the Thai capital as the army continued to tighten its grip on Thai life. PHOTO BY JACK KURTZ 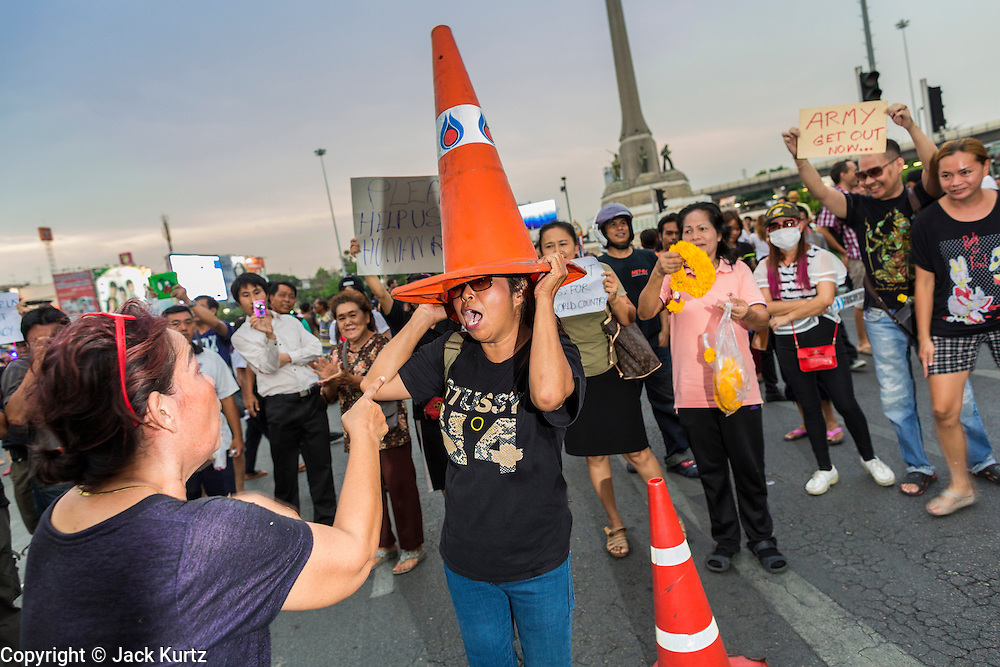