01 OCTOBER 2015 - MAHACHAI, SAMUT SAKHON, THAILAND: Members of a fishing crew relax after their trawler returned to port in Mahachai, one of Thailand's largest fishing ports. Thailand's fishing industry had been facing an October deadline from the European Union to address issues related to overfishing and labor practices. Failure to adequately address the issues could have resulted in a ban on Thai exports to the EU. In September Thai officials announced that they had secured an extension of the deadline. Officials did not say how much extra time they had to meet the EU goals. Thailand's overall annual exports to the EU are between 23.2 billion Thai Baht and 30 billion Thai Baht (US$645 million to US $841 million). Thailand's total fish exports were worth about 110 billion baht in 2014. PHOTO BY JACK KURTZ 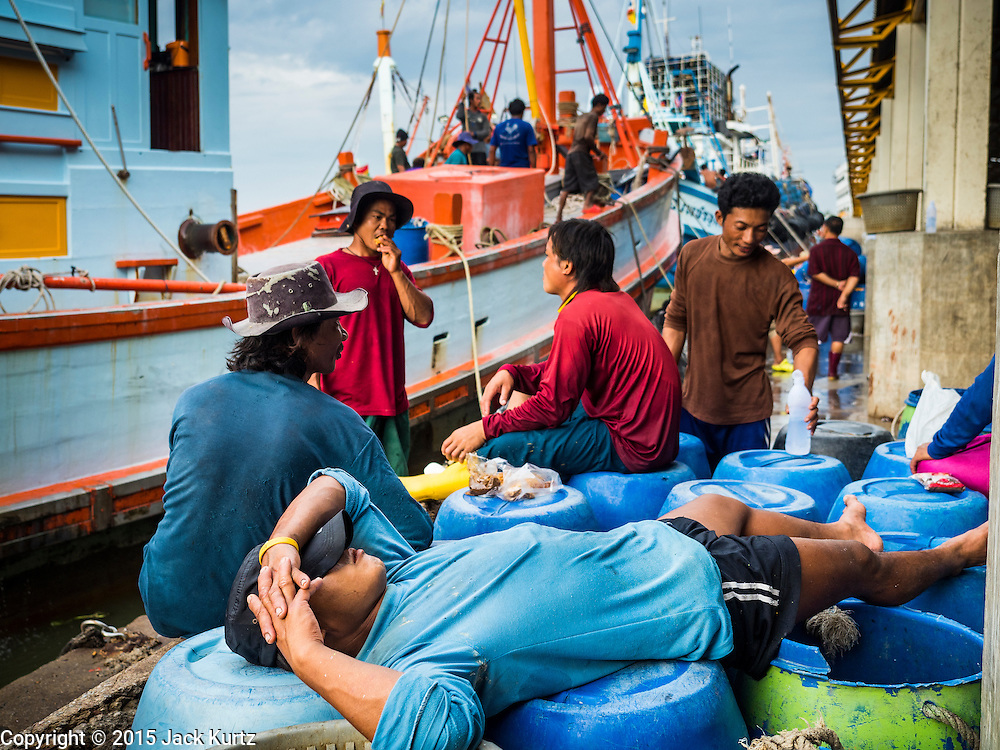