17 SEPTEMBER 2015 - BANGKOK, THAILAND: A participant in the Santa pageant walks the catwalk during the pageant at the World Santa Claus Congress. Twenty-six Santa Clauses from around the world are in Bangkok for the first World Santa Claus Congress. The World Santa Claus Congress has been an annual event in Denmark since 1957. This year's event, hosted by Snow Town, a theme park with a winter and snow theme, hosted the event. There were Santas from Japan, Hong Kong, the US, Canada, Germany, France and Denmark. They presented gifts to Thai children and judged a Santa pageant. Thailand, a Buddhist country, does not celebrate the religious aspects of Christmas, but Thais do celebrate the commercial aspects of the holiday. PHOTO BY JACK KURTZ 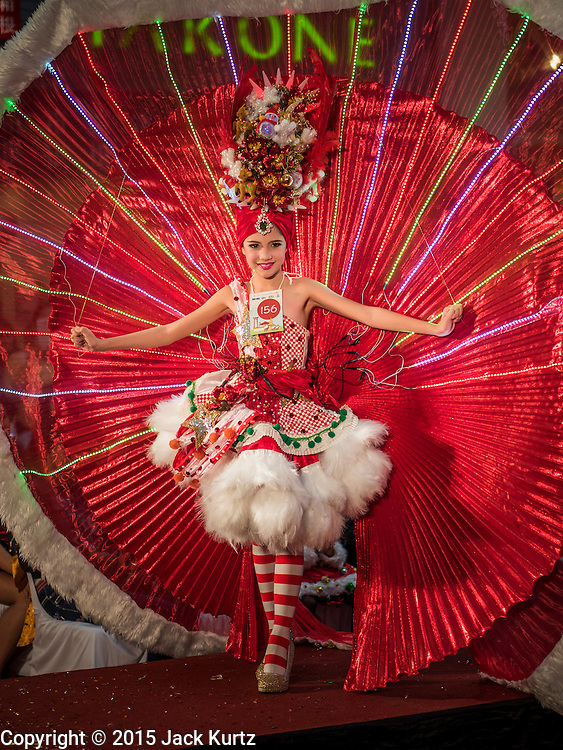