27 JUNE 2009 -- PHOENIX, AZ: LIZ HOURICAN (left) from Phoenix, confronts an Arizona Capitol police officer during a march at the Arizona state capitol Saturday. Arizona has the second worst state budget deficit in the country (only California's is worst) and the Republican controlled legislature is threatening to balance the budget by making massive cuts in social and education spending while cutting taxes. Small numbers of public school teachers and parents of public school students have been marching on the capitol almost every day of the week but Saturday's march, with well over 500 people was the largest of session. The legislature and Gov. Jan Brewer, also a Republican, are deadlocked in negotiations and the Governor has threatened to shut down state government on July 1 if there is no budget. Republican leaders in the legislature are threatening to present the Governor with a budget, without input from the Governor's office, at midnight on June 30, forcing her to sign the budget to keep the state open. Photo by Jack Kurtz 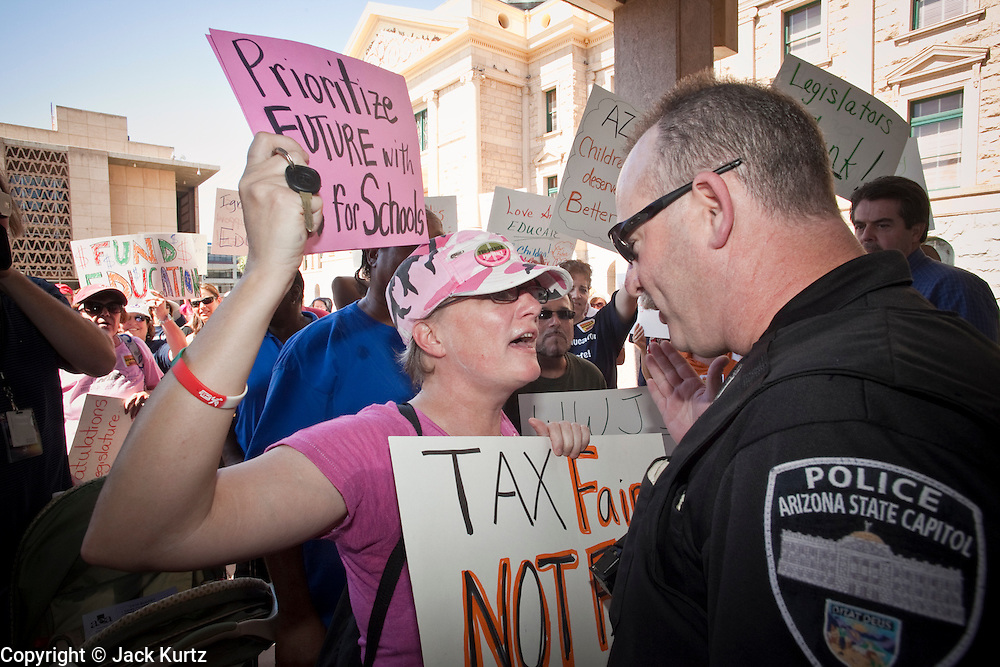